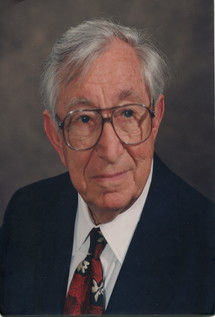 Buzz’s philosophy was to serve the community the best he could, which he learned from his own family growing up. He was a leuitenant in the Navy in WWII, graduated from Dickinson, became an attorney and author, who eventually retired from McNees. Throughout his life he offered his support to Beth El Temple, Jewish Community Center, Zionist Organization of America, and was one of the founding members of the Jewish Home and the Jewish Community Foundation. Buzz was a giant in the Jewish and general community in so many ways. He planted seeds still bearing fruit and will for years to come. Buzz was also a kind, gentle, resourceful, motivated, and caring man. Commitment to community, this is the thread that ran through Buzz’s life.

A Gift from his loving wife, Lenora D. Rosenberg