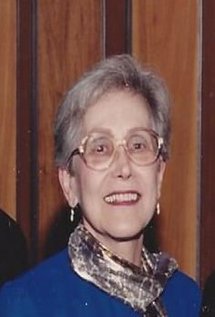 Eleanor “Elkie” Koplovitz was best known in the Harrisburg community as a legendary educator and school administrator at the Yeshiva Academy. At the Yeshiva she was best known for her “Koplovitz Reading Club” and her annual reading of Pinocchio or Bambi to her young pupils. She had a profound impact on the lives of thousands of children, parents, and colleagues during her 50 years at the Yeshiva. Elkie served as vice president of the Jewish Community Center, and was co-chair of the Soviet Jewry Committee and the Jewish Community Relations Council. Additionally, she was active with the resettlement of Soviet Jews in Harrisburg, and tutored the first family after their arrival in Harrisburg. Elkie also served on the board of directors, and was a member of the by-laws committee, at Beth El Temple. Elkie was an inspiring, loving, caring, nurturing, independent, tenacious, and passionate teacher, sister, daughter, aunt, and great-aunt.

A Gift from her loving nephew, David Raffel