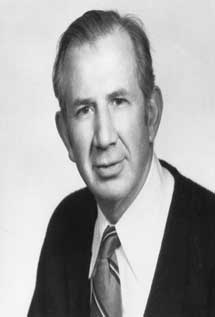 Meyer was born August 1903 and died March 1983. From 1928 to 1958 he owned and operated a corner grocery store in downtown Harrisburg. In 1958, he purchased a closed Acme Supermarket and renovated it. He opened it with help from Louis Lehrman & Sons and their salesman, Alex Grass, who was later the founder of Rite Aid. Meyer was one of the founders of Temple Beth El and for more than 25 years was in charge of the Cemetery Association, while his wife, Bella, sang in the first choir there and helped decorate for all the special affairs. They were a team. Meyer loved sports and played tennis and golf, and he was the “Harrisburg Three Cushion Billiards” champion. There were so many things about Meyer that made him special- his attitude, always positive, and his humor, which was his hallmark. Most significant was the way he treated people; he was patient and generous. Meyer treated everyone with the same concern and respect as he would his best friend. He had a genuine love for people, and people came to him for common sense adviceall kinds of people- and he gave them a sense of importance and self-worth. Meyer had an uncanny knack for finding something good and positive everywhere. He did not speak principles; he lived them. Meyer and Bella were loved and respected by their children and their spouses. They were genuinely proud when people pointed them out as Bella and Meyer’s children. Many felt that Meyer was a mainstay and keystone of the family. He was Uncle Meyer to the Isaacman family and a beloved “Pop Pop” to his grandchildren. Meyer was not rich in possessions, but in family, faith, and friends. Those who honor others are themselves honored, respected, and loved. A Gift from Bella, Helen, Joe, Myrna, Milton, Barbara, and Gilbert